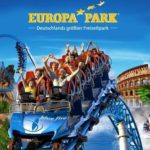 Europa Park, Rust – Germany
Germany’s largest theme park and Europe’s second most popular theme park after Disneyland Paris, Europa Park has an international draw due to its 12 dynamic roller coasters and globally themed districts. More than 5.5 million thrill-seekers pass through the gates of the 40-year-old park annually, as rides like its newest, Arthur—a suspended indoor/outdoor roller coaster—push the limits. Expect an Epcot-like feel as you meander through each of the European-themed areas, from Italian culture by way of Leonardo da Vinci’s flying machine on the Volo da Vinci, to the Swiss Alps on the Swiss Bob Run ride. Euro Park. 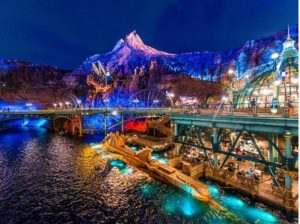 Tokyo DisneySea, Japan
There are no language barriers when it comes to the Disney magic at Tokyo Disneyland, Japan’s most popular theme park and the third most attended park in the world after the Magic Kingdom in Orlando and Disneyland California. Now in its 32nd year, Tokyo Disneyland (which also includes Tokyo DisneySea) mirrors many of Disney’s signature theme park attractions including Pirates of the Caribbean, Splash Mountain, and Peter Pan’s Flight. The truly unique attractions at the parks are predominantly the shows that include a Latin-infused “Minnie Oh! Minnie” and a dinner theater production called “Mickey & Company.” Tokyo DisneySea.

Walt Disney World Resort, Orlando – USA
No place in the world can rival Walt Disney World’s incredible, all-encompassing themed experience. A sprawling conglomerate double the size of Manhattan, the park brings in more than 52 million people annually, making it the most popular resort in the world. Expect park attendance to rise in the coming years as new additions are set to include the unveiling of the Frozen: the Ride, an immersive Star Wars land, and an Avatar-themed district. Walt Disney World.

The Kingda KA, known as the tallest roller coaster in the world, are located in the Six Flags Great Adventure amusement park, in Jackson’s town, near the US state of New Jersey. Inaugurated in 2005, they reach the speed of 206 km / h. The Kingda Ka roller coaster consists of four trains, identified by a specific color: blue, green, orange and blue. They owe the primacy of height to the main tower, located 139 meters above sea level. From here on, we descend vertically up to the so-called camel hump, with 270 degrees spins.  Six Flags Great Adventure.

Travel to world best amusement parks! Contact us for any more information.

← RTW on Luxury Trains
Around the World in Sharing Economy →