Discover the best surf spots in the world and the most popular wave peaks. Lost in little-known breaks, or pumping in world-class line-ups, waves are everywhere. Enjoy the ultimate surfing experience! This itinerary is bound to cause some controversy, and even more so when dealing with a subjective topic like surfing spots. This list attempts to include different surf spots for different styles and levels of surfing.  As always, we are open to comments and new information for next year’s new itinerary. 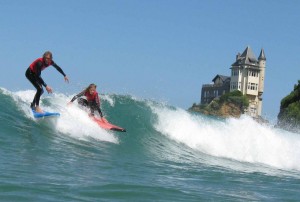 France, west coast
France is not only renowned for its superb food but also for its glorious beaches and quality surfing waves that make it one of the world’s greatest destinations to surf. The long stretch of the west coast sees a varying quality of surf, and the further down the coastline you venture the better it becomes. The French surf zones like Biarritz, Hossegor and Seignosse Le Penon means waves of quality and perfection.
Best time to surf: March – November (All surfers)

California
Most of the Californian coast is blessed with the Pacific coast highway that stretches the length of the coastline and enables easy surf checks and access to hundreds of spots. California offers something for the beginner in Malibu or Manhattan beach to the professional with waves like Mavericks outside San Francisco. Steeped in surfing history it should be on the top of your list for a surfing holiday. San Clemente is undoubtedly known for its waves as well as its surf coverage.
With 4 different-facing beaches, there’s a break for everyone – long boarders should head to the northwest beaches, while short boards are best in the south, by Huntington Beach Pier.
Best time to surf: all year round, depending on experience. (All surfers)

Tahiti – Teahupo’o
Known for its glassy waves, Teahupo’o is part of the World Championship Tour of the Association of Surfing Professionals circuit.
As if picturesque beaches and a magnificent, fertile backdrop weren’t enough, Tahiti also happens to house the barrel against which all others are measured—Teahupoo, the backless mutant at the end of the road. For any hellman barrel charger looking to push his limits in surf of consequence, Teahupoo is a must-visit destination. (Expert surfers) 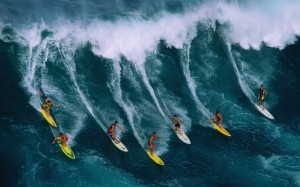 Hawaii
Oahu’s North Shore – while the north shore doesn’t boast the longest, emptiest or most perfect waves on the planet, it does have the most challenging surf, making this the ultimate proving ground. Anyone looking to make a name for themselves in heavy water invariably makes the annual pilgrimage to the Seven Mile Miracle each November, taking on the consistent long-period swells at Sunset Beach, Pipeline and Waimea Bay.
Hanalei Bay, Kauai – the waves are known to get rather large on this beautiful crescent-shaped bay. Known to reach 20 feet, the biggest waves occur in the centre of the bay and are called “pinetrees” by the locals.
Ideal for the adventurous, the free spirit and the budding surfer in us all.
Best time to surf: beginners March – May, pro surfers/big waves Nov-Feb
(Advanced–Expert) 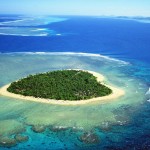 This heart-shaped island in Fiji is home to one of the most famous breaks in the surfing world – Cloudbreak. Located a mile off the island, this wave is restricted to those who check in at the Tavarua Surf Resort and has been known to get so large that only tow-in surfing is possible.
When it comes to catered luxury, idyllic tropical setting, and downright epic waves, Tavarua Island in Fiji is the camp against which all others are measured.
Fiji has two seasons: dry from March to October producing consistent ground swells which can get up to 8′ to 12′. The tropical storms and cyclones which occur off North Queensland between November and March can also produce some excellent waves with shorter swells. (Intermediate–Expert) 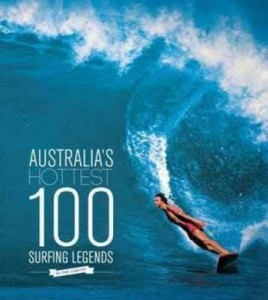 Australia
Australia is one of the world greatest surfing places. It is a destination where surfing is a main stream sport and is regarded as a way of life, part of the culture and a major industry. The dazzling Sunshine Coast encompasses a string of coastal towns strewn along the sparkling Pacific Ocean, with stunning blue-green hills as a backdrop. The region is a haven for surfers, swimmers, fishers, adventurers, or those who just want to hide away.
Noosa is arguably the best place in the world to be a natural-footed long boarder, but can also be quite fun on any type of trim-influenced board, including single fins, fish, hulls, SUPs, and even finless boards.
Bondi Beach, in Sydney, is one of Australia’s most famous beaches and a top destination for surfers. The white sands of Bondi Beach not only provide top-notch surf, but also plenty of restaurants and shops for when the waves have worn you out.
Best time to surf: West coast all year round, Gold Coast April – October. (All surfers) 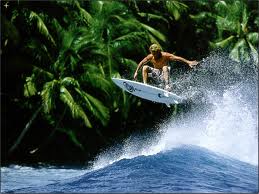 Bali
It’s been 25 years since the island of Bali became the epicentre of exotic surf adventure. Bali is still an excellent destination a quarter of a century on and offers true surfing magic. There is no denying the quality and quantity of Bali surf. The mystical Island of Temples – and a thousand surfing waves.
Ulu Watu – Famous for being home to the oldest Hindu temple in Bali, Ulu Watu is also known for its professional-grade waves. The Ulu Watu temple sits atop an enormous cliff, overlooking the breaking waves and talented surfers below.
Best time to surf: all year round but the surf is best from April – October. The Balinese will welcome you with open arms! (All surfers)

Best surf travel experiences
Contact us for any more info