A rich and fascinating RTW Southern Hemisphere, suitable for all types of travellers. 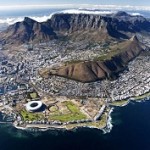 *Ability to customize your itinerary by choosing alternative destinations in Australia and NZ .

CAPE TOWN
Sandwiched between ocean and mountains, Cape Town is justifiably the most popular city in South Africa for tourists. It sits on a long, slender peninsula that juts south into the waters of the Atlantic Ocean and is crossed throughout its length by a mountain ridge, whose highest peak is the famous Table Mountain. All around are magnificent vineyards, hiking trails and particularly striking and spectacular beaches. With a reputation for the most open and relaxed atmosphere in South Africa, Cape Town is also probably the safest location on the continent for a foreign visitor. The city has a dual personality, looking to Europe for its cultural origins while at the same time remaining deeply African. This mix of contrasting elements makes Cape Town one of the most beautiful and unique cities in the world, and even the most jaded traveller will not forget this amazing place. 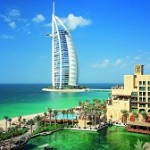 DUBAI
Unbridled fun in the many shopping centres and the Atlantis Aquaventure; the over-the-top luxury of the glittering Burj al Arab; miles of dazzling white beaches including the superbly equipped Jumeirah Beach Park; an oasis surrounded by desert; an ever-evolving skyline where skyscrapers are mushrooming and competing to outdo each other and exceed all limits… Dubai is not by any stretch of the imagination a normal city; more like a different dimension of reality! 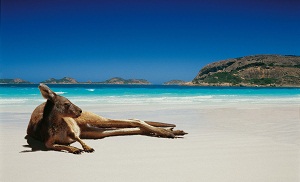 “Down Under”, the land of the Antipodes, is the third largest country on the planet yet shrouded in mistery. Breathtaking views range from white beaches to rainforests to the red desert of the outback. Wide and varied, Australia is the country of the Great Barrier Reef and the natural masterpiece of Uluru (Ayers Rock) which vie for first place in the ranking of the most visited places in Australia, followed by Sydney, the Emerald City , overlooking the bay with the Opera House and the famous bridge. And don’t miss Melbourne and the Great Ocean Road, along which you can see kangaroos and koalas in their natural habitat. 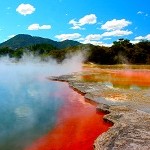 British settlers and the Maoris have always conducted their lives in close contact with nature and its rhythms, and today New Zealand is one of the countries which pays the greatest attention to ecology and the environment. Travelling in search of wild and primeval landscapes, you’ll also discover the advanced and civilized face of this country: the cities are comfortable and clean, dominated by modern skyscrapers and surrounded by endless sea, incredibly dense with sailing boats. Recently, New Zealand has become the world capital of extreme sports and throughout the year attracts fans of all ages in search of adrenaline!

LIMA
Peru is definitely one of the most fascinating destinations in South America, with abundant nature, spectacular sites and lots of archeology: Machu Picchu, Cuzco, the Nazca Lines, Lake Titicaca, the Andes, the Amazon rainforest. 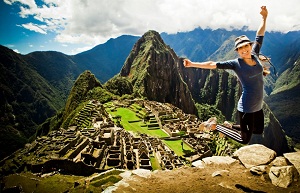 But even just the historic centre of Lima, declared a World Heritage Site, is worth a visit: a successful mix of colonial and modern architecture. And if you ask a local what’s his favourite thing in his city, he’ll probably invite you to try one of the local specialties: it may surprise you to know that Lima was named Gastronomic Capital of America!

BRAZIL
It is difficult to imagine today that São Paulo began life as a small village founded by the Jesuits. Characterized by immense skyscrapers and bustling urban life, behind first appearances this eclectic city hides a very lively cultural scene, a fascinating ethnic diversity, underground bars and nightclubs which are unique in the world…not to mention the great food!

Rio de Janeiro, when viewed from the Corcovado or Sugar Loaf, is surely one of the most beautiful cities in the world. The perfect white curves of Copacabana and Ipanema beaches are surrounded by granite hills covered with the tropical vegetation that grows everywhere in the area, while the skyscrapers appear to have taken up residence in the forest.
But the magic of Brazil is also about the vibrancy of its people, the different way of interpreting life with joy and optimism. Take in the colours, the sounds, the smells, the pace of its streets and its markets – and enjoy a cerveza, a caipirinha or a refreshing agua de coco! Not to be missed, for lovers of nature, is a visit to the magnificent Iguazu Falls, a World Heritage Site and probably the most beautiful waterfalls in the world.

Contact us for more information on RTW Southern Hemisphere

← The Great Classic
Travel Around the World in 80 days →