WHERE TO GO AROUND THE WORLD:
We are often told that modern technology has turned our planet into a small world. 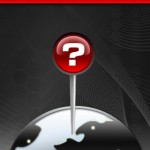 There aren’t many countries where people aren’t watching CNN and exchanging emails. But information technology has a way of making physical distances seem shorter than they are. Earth is still as big as ever, and fortunately still a beautiful and fascinating one.

The best way to start your planning is to choose a list of specific destinations, not to draw lines on a map.

But remember that 80% of your travel experience will be made up of the people you meet, the weather, spontaneous adventures and little cultural discoveries you make along the way. It goes the other way as well: a bad experience is coloured with random mishaps ranging from bus breakdowns to bed bugs to boring travel companions.

The classic (and cheapest) RTW tickets flit between a few big cities, for example London — Bangkok — Singapore — Sydney — LA. If you want to link more offbeat hubs (Baku — Kinshasa — Paramaribo, anyone?), prices will climb considerably. The cost of the ticket is based on the total distance covered or the number of countries visited.

Remember, you don’t have to fly between each point: in Australia you could land in Perth, travel overland, and fly out of Cairns. Or fly into Moscow, board the Trans-Siberian train, and fly onwards from Beijing.

Pick some personal highlights and string the rest of your itinerary around those. For instance, if you’re a keen trekker, flesh out a Peru (Inca Trail), New Zealand (Milford Track) and Nepal (Everest Base Camp) itinerary with Brazil (Rio’s a good access point for South America), Australia and North India.

If budget’s an issue, spend more time in less expensive countries. Your daily outgoings will be far higher in Western Europe and North America than South-East Asia; Indonesia, Bolivia and India are particularly cheap.

← WHY travelling alone – or with others?
QUANDO andare, in base a quali climi? →