Best Lighthouses Around the World. There are many lighthouses that have been constructed and built across the world. One of the ancient Seven Wonders of the World was the lighthouse built in Alexandria, Egypt. We have brought to you an itinerary of some of the most fascinating lighthouses that exist around the world.

Pondicherry, India:   In a country most would associate with English colonialism, Pondicherry is a strongly French-influenced town in the south of India. The lovely lighthouse shot out its first beam in 1836 and remained in use for 150 years. Its stands now as a monument, but is being restored as a museum to the French architecture of the town.

Promthep Cape lighthouse, Thailand: This lighthouse was built in the year 1996 to commemorate the rule of the Thai king Bhumibol Adulyadej. The uniqueness of the lighthouse design is that the lighthouse’s crown is topped with gold. The lighthouse is located to the South of Phuket 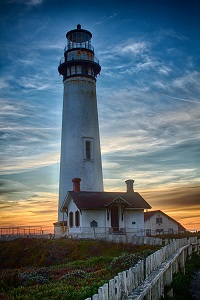 Write to us for more info